So last weekend was my local Warhammer Armies on Parade event and it was awesome. The turn out this year was higher than previous years and it was great to see some young bloods get stuck in.

Now I’ve been threatening Dave the manager with participating for at least 3 years now and so I thought it was high time I bit the bullet and have a go at it. I have to say that even though the pressure was high to get it completed on time ( I managed to get it all done in 6 weeks ) I enjoyed the sheer hobby madness of it all and if you’re thinking of doing it then I say get to it, you won’t be disappointed and it’s a great way to challenge yourself.

So how’d I do?…………………….Not half bad! I managed to get the awards for Best Theme, Best Army and Best Painted in the 40K category and took home silver in the managers choice. I even got a medal!

I have plans to expand the army as well with another 15 models to add in the future. My Black Shields will be a grim force to be reckoned with that’s for sure.

Here’s some pictures of my army with more to follow soon. I will take better ones of the squads and characters as well. Hope you like them 🙂 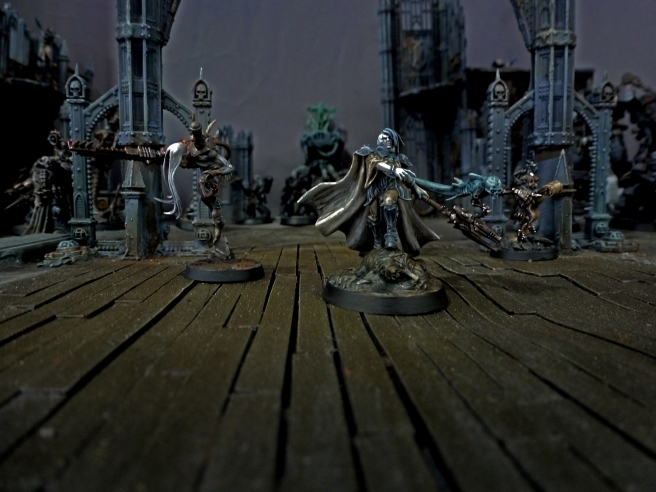