Gryph is a Brazier Drone but he’s also a messenger. He can be seen lighting the way through the trees or the streets for those who need it and sometimes he has a message to carry too. I say sometimes because on some occasions he feels the need to burn the message in the flame that constantly burns from his back. Maybe burning messages breaks up his otherwise tedious existence, maybe it makes him feel all warm and fuzzy inside, whatever the reason through spite or just bad programing no one really knows why this happens and some people have taken to following him to make sure the message is received. Why they can’t just tell them themselves is beyond Gryph. It all seems rather insane.

Coil is a guard and so takes himself, and his job very seriously. He constantly tells everyone who needs his services that he’s been a guard in all his past lives and that he’s the best at it. This has been proven time and time again though and his trick is be unseen until the last-minute when he’ll usually uncoil himself from hiding and either lash out with his sharp whip like tail or, if the threat is deemed too high, douse the intruder with flame. In this way coil has prevented many intruders from access to his masters houses or work places, and he’s also dealt with a few annoying and unwelcome in-laws as well. After all Coil is loyal only to his current master but it’s usually when a family member dies he is forced to move on.

Prowl is a cat-like, stimm charged rodent catcher. He can be found prowling around or stalking his prey in amongst the trees or in the streets and buildings where an infestation has been found. Some of his prey is larger than he but Prowl takes this as a challenge and he’s not yet been defeated by any mutated, two-headed, spine tailed rat. He has a secret weapon you see, a highly powerful laser for his right eye. BBQ rats can be found littering the streets at times and the homeless have been reliant on him as a source of food for some time. Some even venerate him as a saviour, but Prowl doesn’t care he’s just here to do a job and the next plagued monstrosity is only around the corner. It is however a good thing to have a population watching your back and Prowl is never lost for friends or care

Mort is a Brazier Drone and that’s it. He spends most of his time chasing his shadow and so has a very erratic way of floating. This has of course caused him to bump into people and sometimes cause third degree burns. It’s also been known for him to set fire to the surrounding woods if he’s allowed to venture into it. This is all very annoying but no one seems to get his parameters set right and so it’s only very drunk people who follow him. 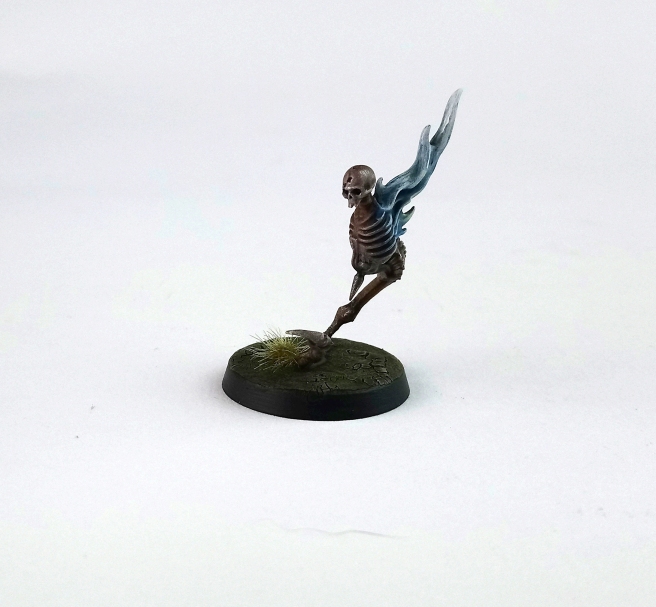